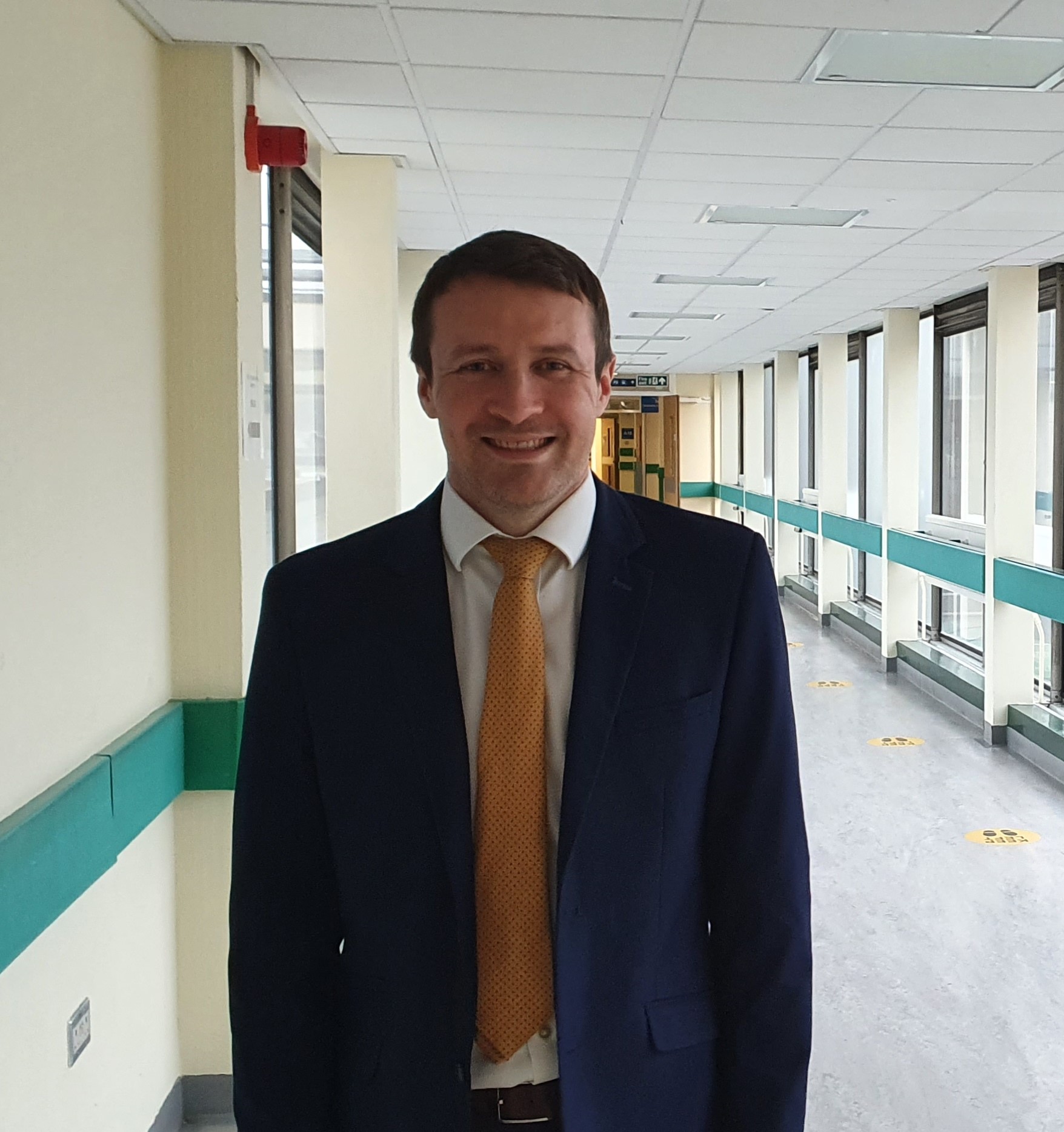 Paul originally trained in North Yorkshire for his higher orthopaedic training and has already had two stints working at Airedale, one as a Registrar and one as a core trainee.

Paul, who enjoys a multitude of sports, studied at Belfast University in Northern Ireland and did his foundation training there before coming to England for the remainder of his training.  He has completed fellowships in Leeds Hospitals and most recently Derby Hospital, before coming to work at Airedale.

This is his first consultant post and explains why he wanted to work at Airedale:

“I’ve always had a close affinity to the hospital, it was the first hospital I worked in when I moved to England.  I really liked the surrounding countryside and the community feel of the hospital.  I’ve always fitted in really well with the team itself, with the consultants and nursing and other health professionals in orthopaedics.

I’ve worked for Mr Bowe, one of the upper limb surgeons, and that was a really great job, and my first doing upper limb surgery, which is what I’ve ended up specialising in.  He’s been a mentor for me and all those things combined attracted me to working here.

My specialty is shoulder and elbow surgery so I’ll be joining the team with Mr Bowe and Mr Tyler.  My specialist interest is in surgeries involving the shoulder and elbow as well as general trauma and my initial priorities will be to help reduce the waiting lists and getting patients seen as soon as possible for their surgery.

I’ve also got a strong interest in education, I’m hoping that in the future I can have a higher orthopaedic trainee and we can offer a really good training service to those trainees who come to upper limb surgery here, like I had.  I’ll also be playing an active role in the one stop clinic for shoulder injuries.”

Paul explains what the future plans are for orthopaedic surgery:

“One thing we’re hoping for the future is to provide shorter inpatient stays for shoulder arthroplasties (shoulder replacements), with more day case surgeries which reduces the pressure on the hospital, reduces waiting lists and get our patients home faster, so they can recover in their own environment where they’re comfortable.  It’s a team approach and is about having pathways in place, about how anaesthetic is given and how their follow up is done with a dedicated phone number with a team readily available to answer any questions and be on hand to give advice or help.”

“Paul will be a major asset to the team having trained both locally and in other national centres. He will help drive our vision forward for increased day case shoulder surgery and improve our timely management of upper limb trauma.”