Over 280 teddies donated to Airedale Hospital 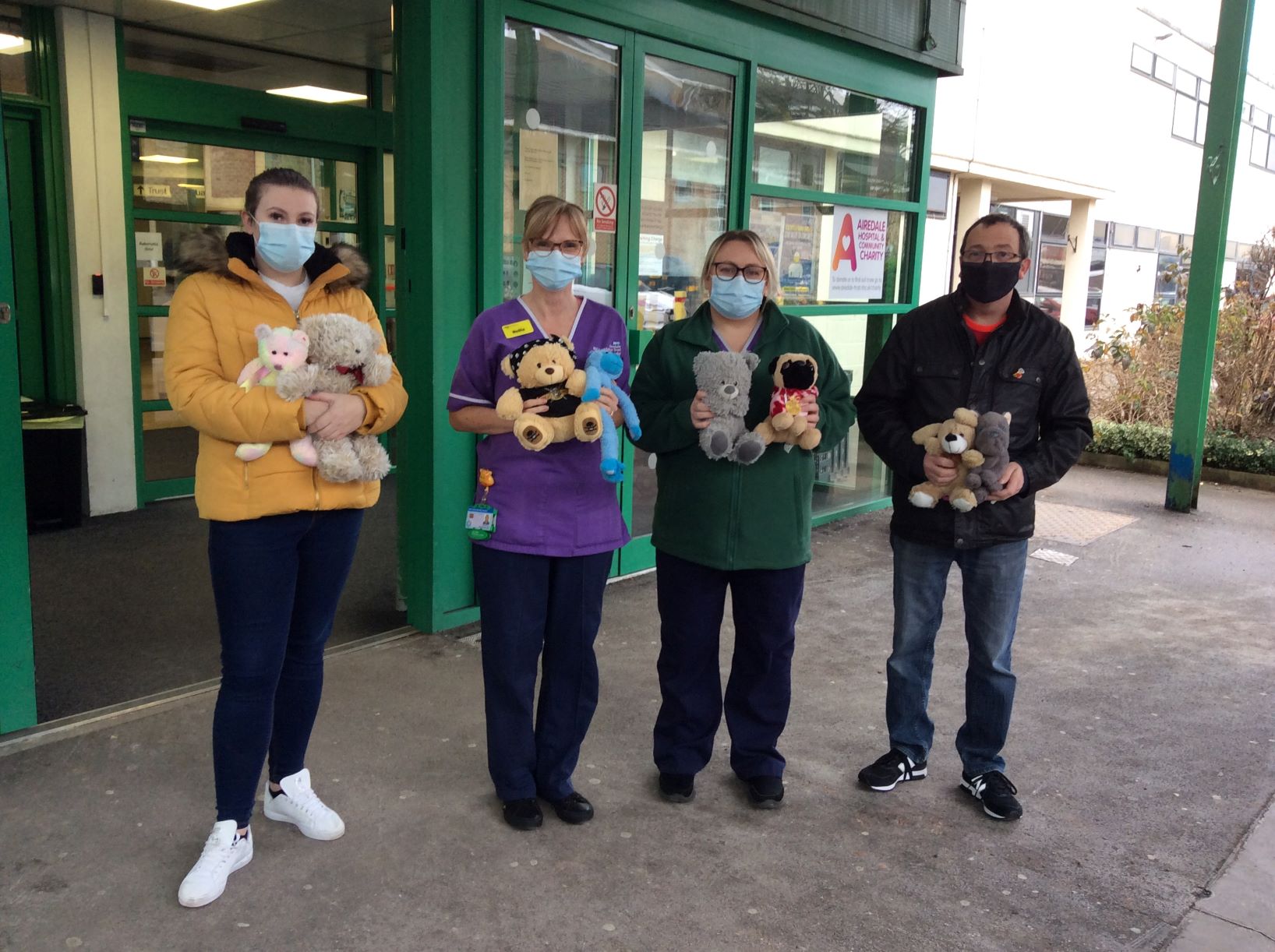 A Keighley mum and Pudsey knitting group have donated over 280 teddy bears to the Palliative Care Team at Airedale NHS Foundation Trust.

Jodie Kendall, 26, and her father, Ian Kendall, donated the bears after two made a huge impact on her family during the passing of her mother, Cheryl, in December 2021.

Originally meant for her own grandchildren, Nellie Duckworth, Team Leader for Palliative Care and End of Life Care at Airedale NHS Foundation Trust gave two teddies to Jodie’s mum, Cheryl, to hold as she passed away.

“The teddies were given to my children, one aged four and one aged six months. My four-year-old was very close to her and we saw her daily.

“He takes his teddy to bed every day and talks to it all the time. It gives him comfort knowing that she had it with her and that she gave it to him.”

“Last year, we had a young mum with a young family and we got the patient to hug one teddy, the children to hug another and then swap so that the children had something to cherish.

“We continued to give out these teddies to any families with young children or grandchildren, one of which was Jodie and her family. They found great comfort in this and wanted to show their appreciation to the team and wanted to help us continue to provide this service.”

After Nellie told Jodie that the team were running low on teddies, Jodie put a call out on New Year’s Eve asking for people to donate bears or money for bears in Cheryl’s name.

“We had £140 donated by the staff at Silentnight, Barnoldswick, which was able to buy 84 teddies and the other 176 were donated from people off Facebook.”

260 of the teddies were raised in just three weeks.

Jodie was delighted with the response that people had given to the callout:

“The response has been amazing. People have really pulled together as a whole.

“In the Facebook post, I explained that my mum had passed away and what we wanted to do in her name.

“Mum had been a large part of many peoples’ lives. She worked at the University Academy in Keighley for 20 years and was involved in their schooling and upbringing and I had people messaging me every day asking if they could donate.

“When I explained what the teddies were going to be used for, lots of the donations came from children wanting other children to have their teddies and that was really touching.”

20 additional teddies were also donated by Topstitch Pudsey after Kim reached out to see if there were any local knitters who were willing to make the bears.

Nellie was delighted with the number of bears that the team received:

“We’re so grateful for the donation as it means we can continue to provide the bears to children to help them through a difficult time.

“We have had so many donated that we will share these out amongst other palliative care services.”